On 21 July 2019, Egyptian police violently dispersed 500 Eritrean refugees who were holding a peaceful demonstration protesting UNHCR handling of Eritrean refugees in Egypt. The police also rounded up 90 of the demonstrators and took them to a prison outside of Cairo. The detained refugees are being taken to court within these two days and without any legal representation.

On the same evening, the police released most of the detained refugees but separated five of them and made them to remain in jail. The police had already confiscated the refugee papers of the five refugees when they rounded them up. They are now being held at the Haya AlAsher prison in 1st October City and being interrogated intensively, presumably to force them to agree they were planning something more than a peaceful protest.

Many of the refugees suspect that some Eritrean government supporters had a hand in misinforming the Egyptian police to convince them the refugees were planning something political rather than demanding that the UNHCR in Egypt do its job properly and according to its mandate. If no preventive action is taken, the refugees might get deported to Eritrea where, as outspoken critics of the human rights violations in Eritrea, they will be in immediate danger to their lives. The Eritrean government would like to see the deportation of these refugees as that would help to silence voices of dissent from Eritreans in abroad.

The five Eritrean refugees who are still being held by police have not committed any crimes. They are simply being held for protesting corruption within the UNHCR office in Egypt.

Having left their country to escape human rights violations by an extremely repressive tyrannical dictatorship, these refugees now find themselves detained without cause.

We ask all relevant organisations, including the UNHCR, to work to find a fast solution to this urgent issue as the police prepare to take them to court within the next two days. 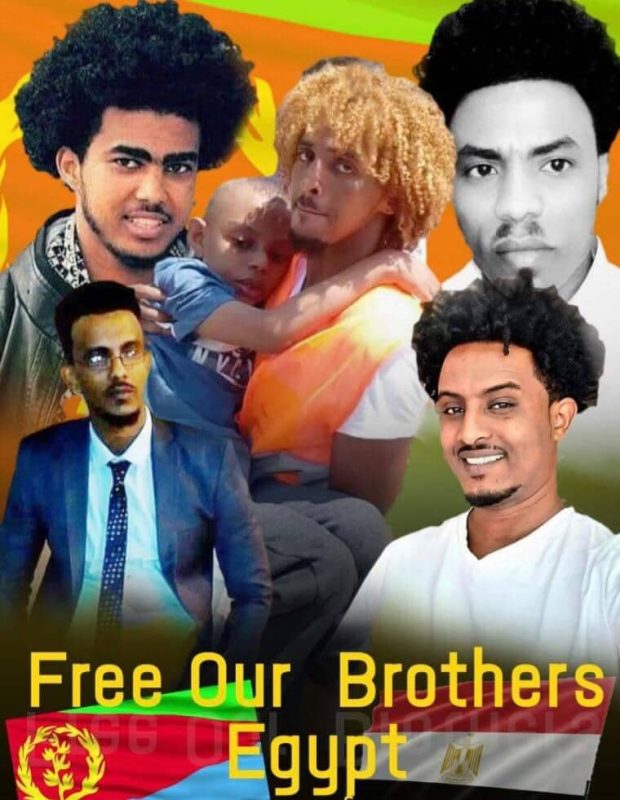